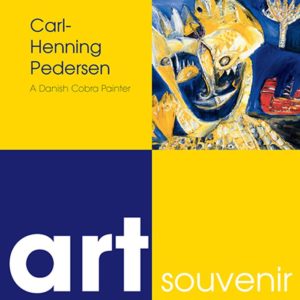 Carl-Henning Pedersen (1913–2007) was a founding member of the Cobra group of Expressionist painters and is one of the most important artists of the 20th century in Denmark. Reluctant to sell his work, Pedersen donated more than 3000 drawings, paintings and sculptures to the town of Herning in 1976.

This book is produced in co-operation with the artist’s estate and the Carl-Henning Pedersen & Else Alfelt Museum in Herning.